New collection of tribal sculptures at the Gallery

We are excited to present the new collection of unique authentic sculptures from different tribes around the world. Each week we will focus on a special item from the collection, and today we present –

A BRONZE BELL made in the first half of the 20th century by the Yoruba tribe who lived mostly in Nigeria.

Nigeria’s Yoruba tribe has a population of about 40 million and accounts for 70% of the population of Western Nigeria. The Yoruba were one of the first groups in West Africa to convert to Christianity on a large scale.

In this rare piece, two worldviews combine superbly. On the one hand, the concept of Christianity in the form of a bell that was used to call tribesmen to come to prayer in the local church. And on the other – the entire bell is shaped like the head of a Yoruba tribesman with a typical hat and decorations adorning the face. At the bottom of the bell are three frogs that are highly respected in Yoruba culture for destroying mosquitoes that are a major cause of disease transmission. 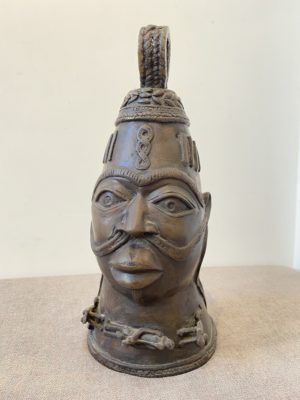 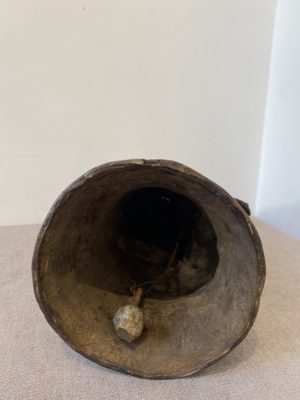 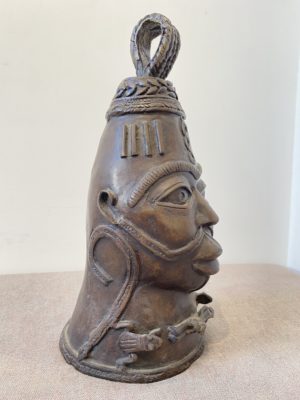 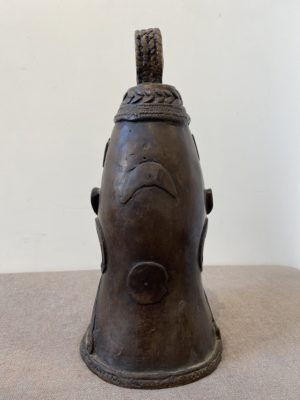