Is that life? That’s the immediate question that arises from looking at Shula Ross’s works. Her art reflects the reality surrounding every contemporary person and touches every person who looks at it and identifies themselves within it. Her work stems from an in-depth investigation of the reality surrounding her and all of us, and the elements of reality serve as the material for her work 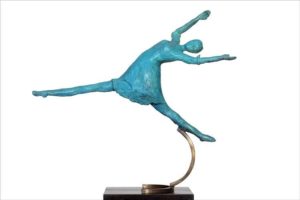 Ross looks at the world and herself and conveys the sights through her work of humor and serious doubt through her own prism, giving familiar everyday situations new life and others. Ross tells the story of reality in a wide range of creative materials of different dimensions. Oil on canvas in different sizes of canvases, alongside bronze and aluminum sculptures in all dimensions.

Her art tells stories that take place in the space of reality around us in its own interpretation and presents the images as three-dimensional objects even in the two-dimensional medium. The characters break out of the canvas and invite the viewer to join either as a bystander or an active partner. 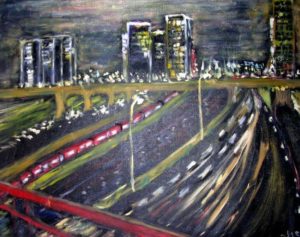 Ross freezes figures and movement into her paintings and sculptures much like the act of photography but at the same time creates inner movement and rich coloration through the characteristic brushstrokes, in the games of light and shadow. The freeze alongside the movement is particularly pronounced in sculptures in which informedand creative use of the material itself in bronze and aluminum. 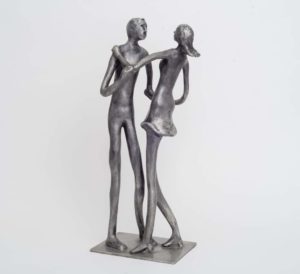 Ross walks in her own unique way on the line between figurative that does not pretend to present precise photographic truth but does tell a story through clear, familiar imagery

Her art corresponds with the Impressionists and the Expressionists but Ross is a sculptor and painter of the here and now who tells the life she knows and to which she is connected. At the same time as her art conforms with the art streams of old, she gives a new flavor to the old story that will probably never get old.

Ross’s works relate to the tribal art on display in the gallery in an indirect but very present context. The visitor to the exhibition asks himself whether the world and the reality of life as reflected in Ross’s works is different or similar to the reality of life in tribal societies as reflected in traditional tribal art? Is that life? And how are they different or similar across the wider world?

Shula Ross is a successful international artist who conducts solo exhibitions and participates in group exhibitions around the world. In 2016, Ross joined Wag Worldwide and was soon appointed Chief Executive